Data science, in many shapes and forms, has become a part of a wide array of different industries but to this day the field is celebrated the most for its academic evolution. Becoming a data scientist is more than just about doing the right thing at the right time in terms of your professional field. You need to engage in deep academic enquiry to make a name for yourself as a data scientist. The people we are going to talk about here are like critical hinges in the doorway that data science has come to be for those who are willing to enter a new world of technological advancement. Enough with the dramatics! Let us see who we have here.

This Turing award winner is often referred to as the Godfather of deep learning. His research in the field of neural networks has paved the path of technological advancement since the 1980s. While working as a professor at Carnegie Mellon University, Hinton with David E. Rumelhart applied the backpropagation technique to  multilayered neural networks. They found that this could learn a lot of information about internal data. Hinton is also the co-inventor of the Boltzmann machines. Currently he works at both the University of Toronto and Google Brain.

Kozyrkov is the head of decision intelligence at Google and she is as dynamic a figure as you would ever find in data science. She is an expert in the intersection of statistics, data science, and AI. But more importantly she is a thought leader and possesses a profound love for her field coupled with a crazy sense of humour. You can follow Cassie Kozyrkov on Twitter.

Dhanurjay Patil served as the chief data scientist at the United States office of science and technology policies between 2015 and 2017. He is a go to consultant for the likes of LinkedIn. Dhanurjay Patil, also known as DJ Patil wrote the book “Data Jujitsu” in 2012. The book explains the art of turning data into actionable information.

Pentland was named among the top 7 data scientists of the world by Tim O’Reilly in 2011. Pentland is the figure of a pioneer and a leader in the field of data science. He leads an MIT wide project involving computational social science using big data and AI. He is also one of the leaders of World Economic Forum Big Data and Personal Data initiatives.

Ben Taylore currently works as the Chief data evangelist at DataRobot. He is a leader in AI and possesses one of the sharpest minds in the field. With 16 years of experience in machine learning, and a very helpful personality, Ben Taylor is the guy you want to find on Twitter or LinkedIn to learn about the newest trends in AI.

He is one of the most inspirational figures in the data science and AI space. He graduated with economics, worked as a sales assistant for eighteen months before getting his break as a research assistant. And “the rest” in his own words “is history”. Koo Ping Shung is a leading instructor and consultant who is also the co-founder of DataScienceSG, the largest data science meetup group in Singapore.

Yann LeCun is best known for his work with convolutional neural networks and optical character recognition. LeCun is a leading personality when it comes to convolutional nets, and thus he is one of the key exponents of deep learning in today’s day and age.

Srivatsan Srinivasan is the chief data scientist at Cognizant. His expertise in analytics pipelines, and machine learning models. His posts on LinkedIn are really impactful and aspirants can get a lot of insights from them. 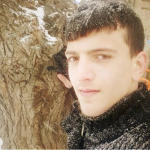