EMC are one of the biggest brands in storage. They are so well known that their array of hybrid, flash and disk storage systems have become a ‘type’ of storage, all in their own right. EMC Corporation (now merged with DELL) make so many different types of data storage systems that their work can be found in almost every business across the US.

We wanted to know what the pros and cons were of using EMC storage arrays. Surely when a market is so dominated there becomes less option for improvement? Perhaps. We took a closer look to find out.

The Pros of EMC Storage Systems

One of the major pros of EMC storage is the longevity of the hardware. Even once full, used EMC Storage can be cleaned up, re-formatted, and recycled. There is the second pro, too. If IT wants to keep aligned to the modern need to reduce, reuse, and recycle products – especially plastic ones – then reusing data storage towers ought to be compulsory. EMC build them this way. Allowing used storage systems to be reset, time and time again.

Some of the other pros of used EMC Storage include:

The Cons of EMC Storage Systems

It isn’t all sunshine and roses. As with all systems, there are some cons. For a start, affordability of a brand new EMC storage system can be a little unachievable. However, when you buy used you get the same quality without that high price tag. Other than price, the cons of this storage type are minimal. Some of them cover:

The overall verdict is that EMC storage is high technology that works with great performance. Ultimately, this is a business tool designed to make life easier, and reviewers say it performs above and beyond what they expected from it. EMC storage makes a viable server and business device that won’t let you down… but when you buy it used instead of new, you also have access to that extra affordability. 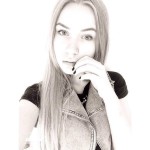 Sulina is writing in the field of Technology from past 5 years. She is a geek in digital parenting hacks, social media analysis, and business marketing.