No Comments on Top 4 Most Common Types of Cyber AttacksPosted in Technology, Tips By Bethany JanickPosted on March 26, 2019December 19, 2019Tagged attacks, cyber, Security

Are you a webmaster? Is your website acting out? Have you noticed it taking longer than usual to load, or that there are new lines of code added to it or pages that you didn’t create? Or maybe you’ve seen a dramatic decrease in its traffic, or you’re unable to log into it. These are just some of the many signs that one may encounter when their site has been hacked.

Moreover, just because you may not be experiencing any of the described symptoms, it doesn’t mean your site is hack proof. In fact, it’s not uncommon for infections and site attacks to go unnoticed and undetected for many years. To ensure that you’re site hasn’t fallen prey to one of these cyberattacks, there are several things that you must be aware of

In this article, I will be discussing the most common types of cyberattacks, which includes the kind of attacks that you are likely to face or have faced in the past.

Defacements are probably the most common types of attacks and one of the easier to identify, as it’s glaringly obvious when you log into your website and find that its content has been altered. Such alterations may be shocking or political in nature. Defacement is no different from graffiti in the real world and tends to have the same impact on the victim. If your visitors are unable to access your site because it has been defaced, this will result in your site being unable to generate sales, which in turn will affect site revenue and site trust. Around 20% of all cyberattack incidents are defacements.

In most instances, your site’s content will be replaced by the logo, name and political agenda of the cybercriminal.

This type of attack works by using IP packets to ping a target machine with an IP size that exceeds the maximum of 65,535 bytes. IP Packets this large are not allowed, so the attacker will get round this limitation by fragmenting the IP packets. Once the IP packets have been reassembled by the target machine, it will start to generate buffer overflows resulting in system crashing and other such things.

With the use of a firewall, it is possible to block these ping of death attacks. Which is why it’s so crucial that you have one.

Phishing attacks are related to emails, primarily and not necessarily your website, and involve sending out unsolicited emails that appear authentic, with the sole goal of obtaining the victims personal information. It uses a combination of technical trickery and social engineering. It could work as an attachment, which the recipient opens, which immediately attacks his/her computer. It could also work as an email with a link to a counterfeit website, where they trick the end user into downloading malware or giving their personal information to the site.

Spear phishing, which is a type of phishing, is much more targeted. The attacker will typically take time to do some research on the person they wish to target, then construct messages that are relevant and personal to that individual. Because of the targeted nature of spear phishing, it can be very difficult for the victim to identify and even harder to protect one’s self from. One of the quickest and easiest ways for a hacker to carry out a spear phishing attack is by using email spoofing, which is when the hacker will alter the information in the ‘From’ section of an email, so that it will appear as though it has come from someone that you may know personally, such as a company or a friend. Another method that these hackers will use to make their scams more convincing is website cloning, this is basically when they copy a legitimate website so that they can fool the victim into giving up confidential information, such as login credentials and the like.

What are the kinds of things you should look out for? When you log into your website, you will be greeted with a page stating that all your files have been encrypted. Cybercriminals will then demand that you make payment through Bitcoin (as it is untraceable), in exchange for full access to your site files. 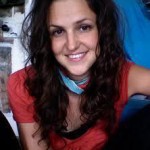